We wanted to share this very telling article with all our Investor friends.  The article below was written by Philip Van Doorn a bonified Investing Columnist and writer as well as an expert in the Home Lending Industry.

It goes without saying that the article below (please read it in full and maybe read it again to fully digest the impact on investors which we believe can be negative UNLESS you know how to make it a positive) is a timely article in that during the good times Investors a.k.a the risk takers get a sense of comfort and think all is well and the sky is the limit. Well we may all forget the last major down turn just a few years ago and also may forget 911 = September 11, 2014 which in itself created a short term down turn. And further for those of us who were investers in the 1980’s will remember the Oil Bust and Interest rates at 15% +.  A false sense of security during the good times is totally understandable. But, wisdom must prevail.

We had Rehab Flips going and in progress during the 1980s Oil Bust, During 911 & During the last serious down turn just a few years ago.  We also know many Investors who lost everything due to a serious fall in prices or due to Hard Money loans on houses they could not sell and the interest on the Hard Money loans ate their lunch.  We are fortunate to say the least that during all these events we not only survived but thrived during these downturns which throughout history are inevitable.  If You are leveraged with Hard or Private Money Loans on your deals can you survive short or long term during this inevitable event happening?

So if you have a Reno Flip or 2 going and a full blown war breaks out in the middle east or another 911 happens or a sudden downturn and the Real Estate Market takes an immediate tumble(and it will) That Begs The Questions:

2.  Is Your Investor Portfolio Diversified (not just reno flips or new builds) Like Ours Was and Is ~ so You Can Survive?

4.  Is Your Exit Strategy Flexible Enough to Survive a Downturn?

5.  Is Your Technique Knowledge Broad Enough to Allow You to Profit Big Time During The Good Times & The Downturn Times????  It Can Be!

Please Read The Important Article Below Which Was Published Last Week & Be Watching Your Email for More Vital Information About How to Not Only Survive But to Thrive in Every Market!

Opinion: When the next housing bust hits, blame the bankers

They’re not giving mortgages to a wide swath of America, hurting the economy

The U.S. economic recovery is being endangered by a slowing housing market, as prospective homeowners with lower incomes and credit scores are finding it nearly impossible to get a mortgage.

Six years after the collapse of home prices, the mortgage-lending industry is going through an upheaval. Wells Fargo & Co. WFC, -0.78%  has the largest share of the mortgage market, but CEO John Stumpf in an interview with the Financial Times last week said his company would be unwilling to lend to lower-income borrowers and those with relatively low credit scores. That is, unless regulators made it more difficult for investors to force banks to repurchase securitized loans.

“If you guys want to stick with this program of ‘putting back’ any time, any way, whatever, that’s fine, we’re just not going to make those loans and there’s going to be a whole bunch of Americans that are underserved in the mortgage market,” Stumpf said.

He was referring to loan-repurchase demands by Fannie Mae FNMA, -4.14%Freddie Mac FMCC, -4.49%  and private investors.

J.P. Morgan Chase & Co. JPM, -1.39%  CEO James Dimon, during a July conference call, said the bank’s volume of loans insured by the Federal Housing Administration was “way down,” and that the bank had “lost a tremendous sum of money on the FHA,” which had disputed roughly a third of all insurance claims.

“We want to help the consumers there, but we can’t do it at great risk to J.P. Morgan, so until they come up with some kind of safe harbors or something, we’re going to be very, very cautious in that line of business,” Dimon said.

Even Federal Reserve Chairwoman Janet Yellen said in June: “It is difficult for any homeowner who doesn’t have pristine credit these days to get a mortgage,” which was one of the causes of the limp housing recovery.

The pace of home-price increases has slowed for the first time since 2008, according to the latest data from Case-Shiller released last week.

Hovnanian Enterprises Inc. HOV, -2.53% which builds homes in planned communities, said today that for its fiscal third quarter ended July 31, net contracts for new homes declined 6.3% from a year earlier, and its cancellation rate increased to 22% from 18%. CEO Ara Hovnanian said “the housing industry remains in the early stages of a recovery,” which is a remarkable statement, considering how many years have passed since the financial crisis.

Mortgage lending is slowing as well. The Mortgage Bankers Association forecasts a 74% decline in mortgage originations this year to $1 trillion, with a 61% drop in refinancing volume to $431 billion.

To parse those numbers, the decline in refinancing volume was expected, since the federal government’s Home Affordable Refinance Program, or HARP, was curtailed dramatically last year. And slowing refinancing itself isn’t alarming because so many people with higher-rate loans have already refinanced, and refinancing doesn’t raise home values.

But sales do. And the MBA expects the volume of mortgage-loan originations to slump 12% this year to $576 billion. That is happening even though interest rates are still very low, with a national average rate of 4.23% for a 30-year loan.

That is hurting the housing recovery, and the effect could worsen, according to David Blitzer, the managing director and chairman of the Index Committee at Dow Jones S&P Indices.

S&P/CaseShiller data for July showed the pace of home-price increases in all 20 major cities slowing from a year earlier.

”The lowest quarter of the housing market [by price] will see less demand, fewer sales, less increases in price and more decreases in price,” unless the big banks change their mortgage-lending policies, Blitzer said in a phone interview.

Census Bureau information paints a picture that isn’t so pretty, at least to Washington policy makers who have tried to increase the share of Americans who own their own homes.

The homeowner vacancy rate during the second quarter was 1.9%, the same as a year earlier. That is the lowest since the recovery from the 2008 housing collapse, although the level has moved up and down several times over the past two years.

Before the construction boom of 2005, the homeowner vacancy rate was below the current rate every year going back to 1956, when records were first kept, except during the recession of 1985. That points to continued oversupply of homes, which together with the decline in mortgage lending, could lead to a softening of prices.

Lawrence Yun, the chief economist for the National Association of Realtors, said in a phone interview that 15% more mortgage applications are being denied this year than in 2000, which he described as a “relatively normal” year for the housing market.

The National Association of Realtors said last week that its Pending Home Sales Index for July was 105.9, increasing from 102.5 in June, but down from 108.2 in July 2013. The organization credited the steady increase in employment and a decline in long-term interest rates for the improvement.

On Tuesday, Yun said: “A robust recovery is not occurring. We are projecting a slow recovery in home-sales activity because of the current tight underwriting standards.”

Sterne Agee chief economist Lindsay Piegza on Wednesday said that the negative effect of reducing the pool of potential home buyers “is going to be compounded because younger generations are burdened with such a large amount of debt.”

Even though credit quality is very strong for loans made since 2008, banks continue to shy away from the lower end of the mortgage market. This means that as we head through this economic cycle to the next recession (since they always come), there could be another sharp decline in housing prices, this time based on low demand rather than sloppy lending. 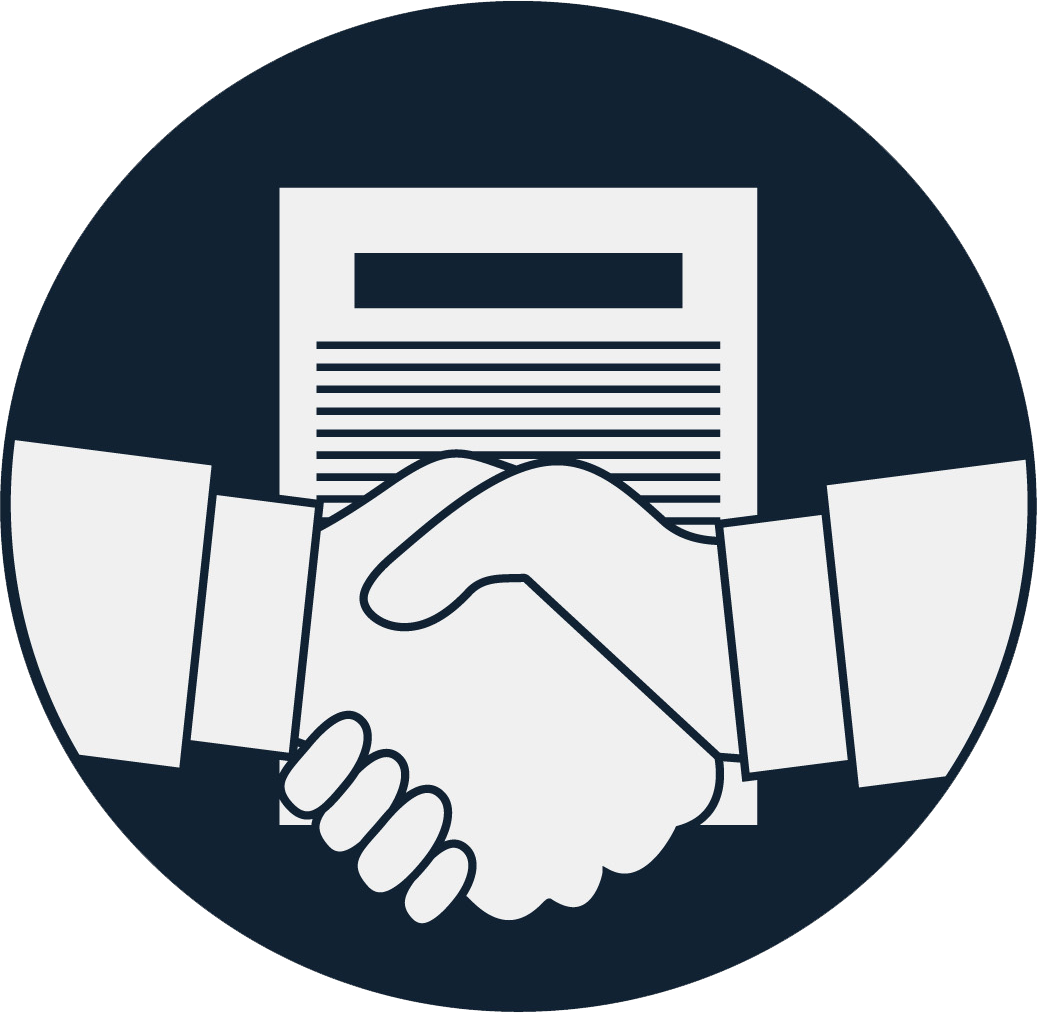 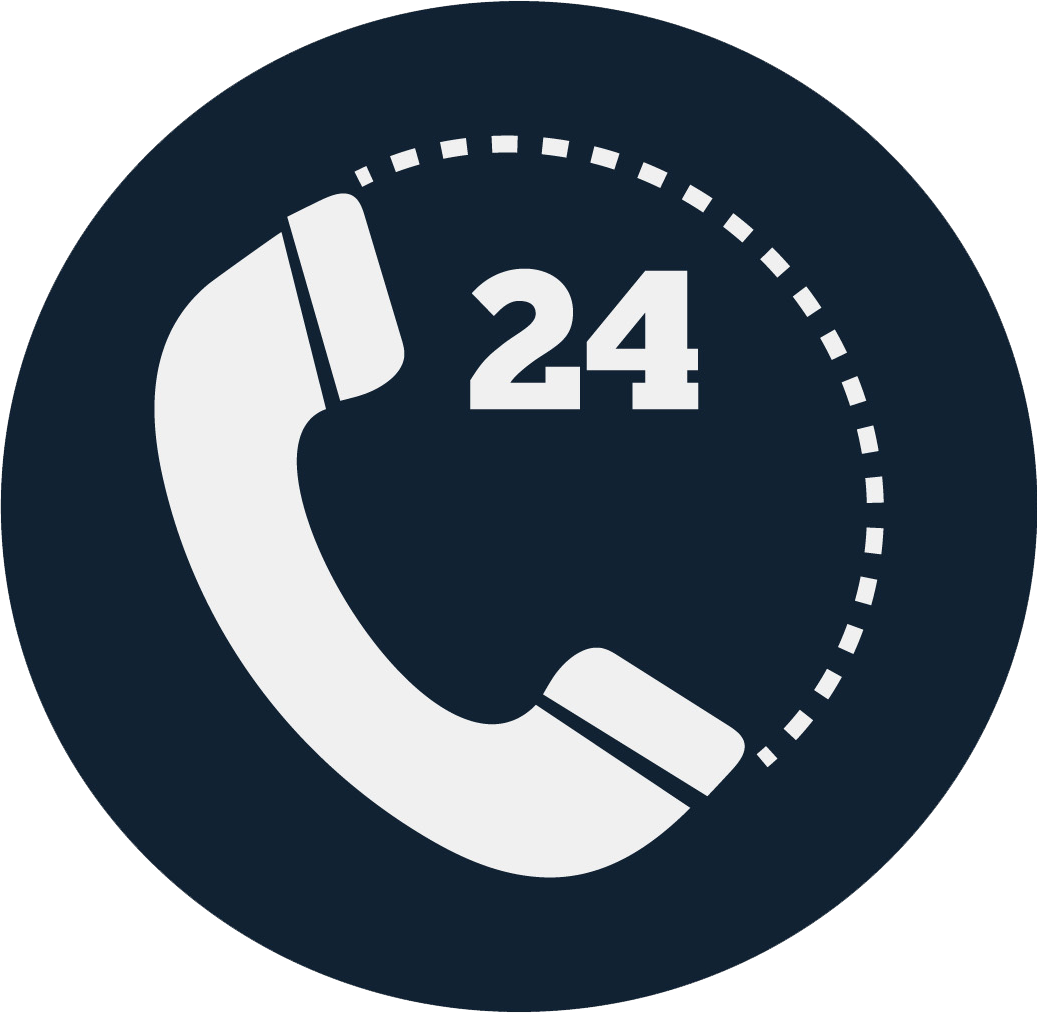 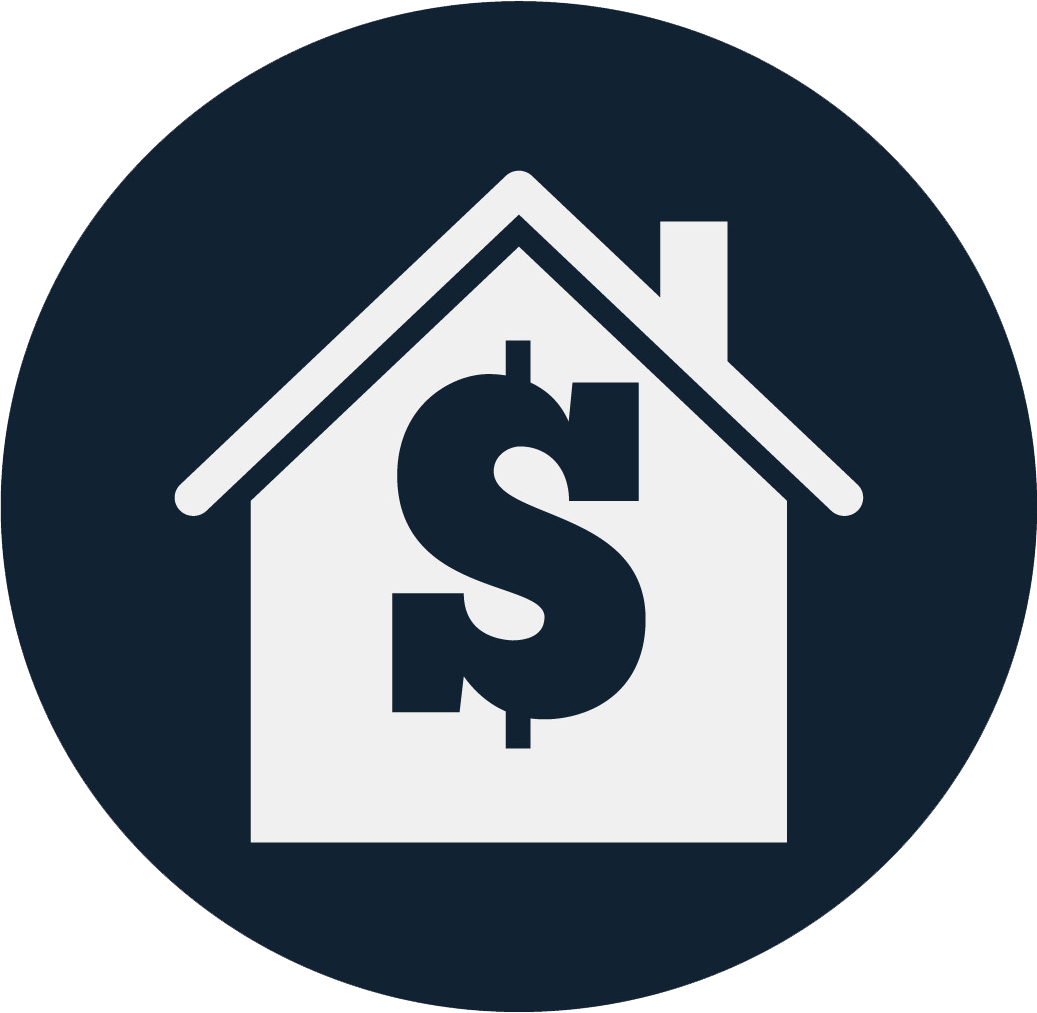 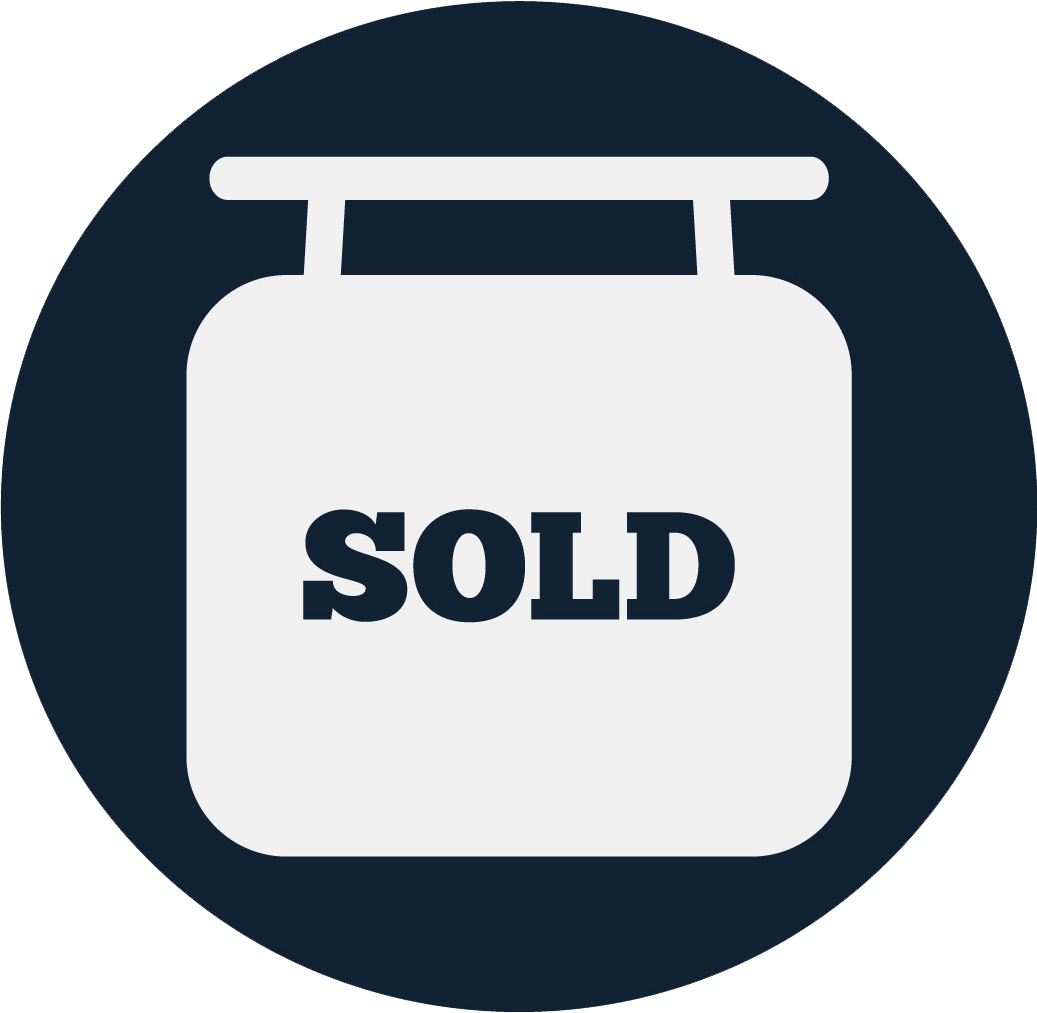